What is Anaconda – Everything That You Must Know

First things, first, what exactly is Anaconda? Anaconda is a data science platform widely used by business leaders, IT professionals, and data scientists. The platform is a distribution of R, Python, and others.

Given the availability of over three hundred data science packages, it took Anaconda only a little while to become one of the top-liked platforms for every type of project.

What is Anaconda for Python?

It is an open-source distribution utilized for deep learning, data science, machine learning, and more. The primary objective of Anaconda is streamlined package deployment and management.

In addition, it comes with an array of tools that help collect data from different sources utilizing the different AI algorithms and machine learning tools.

Now it is time to know more about Anaconda in detail.

After understanding the meaning of Anaconda, another question that arises in most people’s minds is – Is Anaconda free. So, anytime you search the web for what is Anaconda for Python, you will come across a definition that states that Anaconda is a free and open-source distribution for R and Python programming languages.

However, over time, Anaconda has made some changes in its pricing structure. So, in the last couple of months, they have started charging for their curated open-source distribution.

Typically, every commercial open source vendor charges for the support, but they keep their distribution free for use and download. Since Anaconda for Python is paid, it is more like Oracle, which provides their Java Development Kit (JDK) at a cost.

When using Anaconda for a small business with less than 200 employees or your personal project with zero intent for application for commercial use, then Anaconda is still accessible to you at zero cost.

However, if you are a larger business, which has previously utilized Anaconda for free to design commercial services and apps, in that case, you might not be okay with the idea of suddenly having to pay for the service.

In this case, you can get what you need from other Python distributions that are still free for Anaconda Users distribution.

What is Anaconda used for?

Following adequate clarity on Anaconda, we will now move on to another big question – What is it used for? When someone asks us this question, we give them a straightforward reply – Typically, any problem associated with data science can be solved with Anaconda. In addition to that, what is python anaconda used for?

Here is a list of all the things wherein Anaconda will prove helpful.

Back in time, only the companies with massive budgets could afford the proprietary software required to leverage predictive analytics for the company’s decision-making. However, thanks to open-source data science and Anaconda, more and more businesses have opted for a proactive approach to solve the problems across the different company concerns.

Anaconda helps in scaling the machine learning pipeline computations both vertically and horizontally on Graphics Processing Units. Consequently, you can easily process and store the data beyond the machine’s RAM and lower the model training time by over 100x.

Further, Anaconda also accelerates the iteration cycles and parallelizes the algorithms during the development phase.

Anaconda makes it easier to deploy and build deep learning models, which employ neural networks. The platform seamlessly integrates with tools, such as Keras and TensorFlow.

Anaconda has an array of data visualization tools. So, using it, the data science team can seamlessly find the correct visualization tool for all kinds of data sets, from seismic activity to manufacturing output.

In addition, Anaconda offers the ability to create and deploy mesmerizing dashboards and make them accessible for decision-makers with a straightforward single-click deployment technology.

Lastly, thanks to Anaconda, you can utilize Python’s ecosystem for the expansive open-source tools to lower bias in data sets and models, such as AIF360 and FairLearn. Model explainability is vital for running an ethical Artificial Intelligence program.

Some Python tools that can use with Anaconda are InterpretML and LIME. Using these tools, it is easier for you to explain the decisions of black-box models and build “glass box” models, which are designed to be explainable from scratch.

What is included in Anaconda?

Now, we will help you understand the difference between Anaconda and Python.

What is the difference between Anaconda and Python?

After detailing what is Anaconda for Python, we will now discuss some differences between Anaconda and Python.

How to install Anaconda?

Our guide for what is Anaconda for python will not be complete if we do not discuss the installation process.

So, to download Anaconda, you can use the official website of Anaconda. When we were creating this guide on what is python anaconda, there was an individual plan for Python 3.8 available from the platform.

However, pick the version that is at par with the device’s compatibility as Anaconda is available for both 32-bit and 64-bit machines. Once the download is complete, you will have to open the download.exe setup and click on the ‘Next’ button. Following this, the installer will ask you to read the Terms and Conditions. To proceed, click on ‘I Agree.’

When you reach the Next window, you will be notified to download the software. There will be two options, either you can download it for yourself or all users. However, please, bear in mind, if you wish to install Anaconda for all users, you must have administrator privileges. This can be quite a daunting task.

Next, the install will question you about the software’s destination. Then, you can select any place where you would want the Anaconda to be installed. Now, the installer will let you add Anaconda to your machine’s PATH environment variable.

Next, you can register as the primary system Python 3.8. Once added to the PATH, it becomes easier for you to find it before another installer. Now, to begin the installation process, you can click on the ‘Install’ button.

Once the installer is done with the Anaconda extraction and its related files, you will have to click on the Next button. Following this, the installer will inform you about PyCharm. This brings us to the end of the installation process.

So, now click on the Finish button to complete the task or know more about Anaconda Cloud via the installer’s final window.

Now you know what is Anaconda, how to install and what is it used for.

Steps After the Installation

Once when you are done with the installation, you can scan your system for Anaconda. This will present you with the below-listed files:

From here, you will have to head to the command prompt and type ‘Jupyter notebook.’ This will open the Jupyter dashboard. On the top right corner, you can see the option to create a new notebook. In this new notebook, you can perform one or more than one statement in a go and begin work.

What is Anaconda Navigator?

Hopefully, by now, you know what is python Anaconda; we will now discuss Anaconda Navigator. It is a desktop GUI available in the Anaconda distribution. Navigator makes it easy for you to launch the prevalent Python programs, seamlessly manage the Conda packages, channels, and environments, sans employment of the command-line commands. In addition, navigator makes it easy for you to search for packages in a local Anaconda Repository or on Anaconda Cloud.

Hopefully, with our guide above, you have no doubts about what is included in Anaconda, and what is Anaconda used for.

Read about Miniconda and difference between Anaconda and Miniconda here. 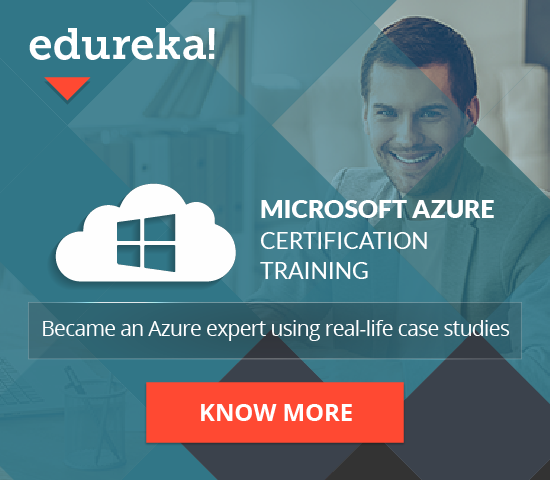