Is Java Worthy Enough To Learn For Career Development? 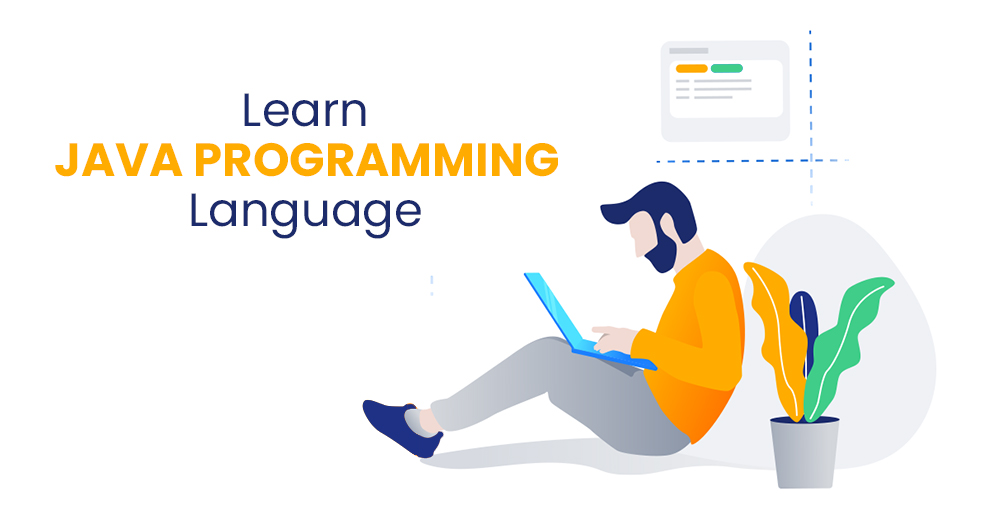 The present human life is majorly dependent on computers, if not entirely. Our everyday tasks cannot be completed without the help of certain devices and the internet for operating those devices.

Programming languages are important because they are responsible for creating solutions for digital world problems and catering to users’ different purposes.

There are a number of programming languages available in the world today. One of them is Java. It was developed in the year 1990 and was originally called Oak. Through Oak, Sun Microsystems intended to add additional capabilities to the already existing C++ programming language. It was launched for the people in 1995. The present owner of Java is Oracle.

It is a programming language that is all-purpose, object-oriented, advanced level with multiple features for web development. It is the foundation of many Android-based applications as well. When you it enables you to download applets through a browser when you use them online. This makes it perform extra functions which might not be accessed normally.

added the link here. It was not correct earlier.

Java has been in the programming world for a long time, and this makes it a mature language. It has discovered solutions to most of the problems already and has made its space in the industry. However, there are a number of reasons why one must learn Java.

In order to know more information on programming. You should definitely take the Java training that helps in blooming your career growth.

1. It is simple to learn: Having its syntax similar to English, Java can be learned easily and in a short span of time. There are many tutorials that will help you get started with it, from beginner-friendly to advanced levels.

2. It is open source: Java libraries are open source, i.e., developers can study, copy and share them. This makes the development of applications easier. Google Guava and Apache Commons are few out of many libraries available.

3. It is free of cost: A major reason why Java is extremely popular among individual programmers is that it is free for development and testing. It comes under Oracle (BCL) Binary Code License. However, you have to pay a minimum charge to use it for a commercial purpose.

4. It offers API support: Java consists of multiple APIs (Application Programming Interfaces) for developing applications without being stressed about their internal implementations. These are useful in networking, databases, speech synthesis, etc. APIs are divided into three categories:

5. It is platform-independent: The source code of Java is already converted into byte code by the compiler and can be executed on any platform with the help of (JVM) Java Virtual Machine. Most Java applications are developed on Windows and run on UNIX because of being independent.

6. It is portable and versatile: Java works on its principle of WORA (Write Once and Run Anywhere), which makes its codes portable. It has features like dynamic coding network-centric designing and dominates the world of desktop and mobile phone applications because of its versatility.

7. It offers a range of development tools: IDEs (Integrate Development Environments) in Java, which equip programmers with many facilities for developing applications. Tools like language support, syntax highlight, debug, etc make the process of coding easier.

8. It offers documentation support: Javadoc (Java Documentation) is the documentation generator that provides references at the time of coding. The source code is documented in HTML format, making it less complex and easy to comprehend.

9. It keeps itself updated and relevant: The belief that Java is an outdated programming language is a myth. It brought revolutionary changes From the time of its inception.It keeps launching its updated versions in the market. The latest one is Java 15, a short-term release with the latest features of Garbage collector, foreign memory access API, etc.

10. It is omnipresent: It is used in the fields of education, gaming, health science, finance, retail, IoT, Cloud computing, etc.

11. Mobile applications: Java can be considered the official language of most mobile applications. It is compatible with designing software like Android Studio, Kotlin, etc. Tinder, Uber, Google Earth, etc., are some examples.

12. Web applications: Java attracts developers because of being simple and secure to code. Java Script Pages (JSP) support web applications effectively. There are many examples, including Gmail, Google sheets, etc.

13. Desktop GUI applications: Java is very much a preferred choice of developers for Graphic User Interface in desktops. JavaFX and other resources offer various pre-made graphic features and components. Acrobat Reader is an example.

14. Enterprise applications: As per Oracle, 97% of the computers of enterprises run on Java. It is also the base for a number of banking, ERP (Enterprise Resource Planning), applications from start to end. Thus, making it ideal for enterprises to use.

15. Gaming applications: Java is the most suitable language for gaming. By pairing it with CSS, game developers can design any software application. jMonkey, a popular 3D engine, is supported by Java.

16. Science-related applications: Java is ideal for complex scientific and mathematical calculations. MATLAB (Mathematical Laboratory), a powerful science-based app, is fundamentally based on it.

How learning Java benefits your career? 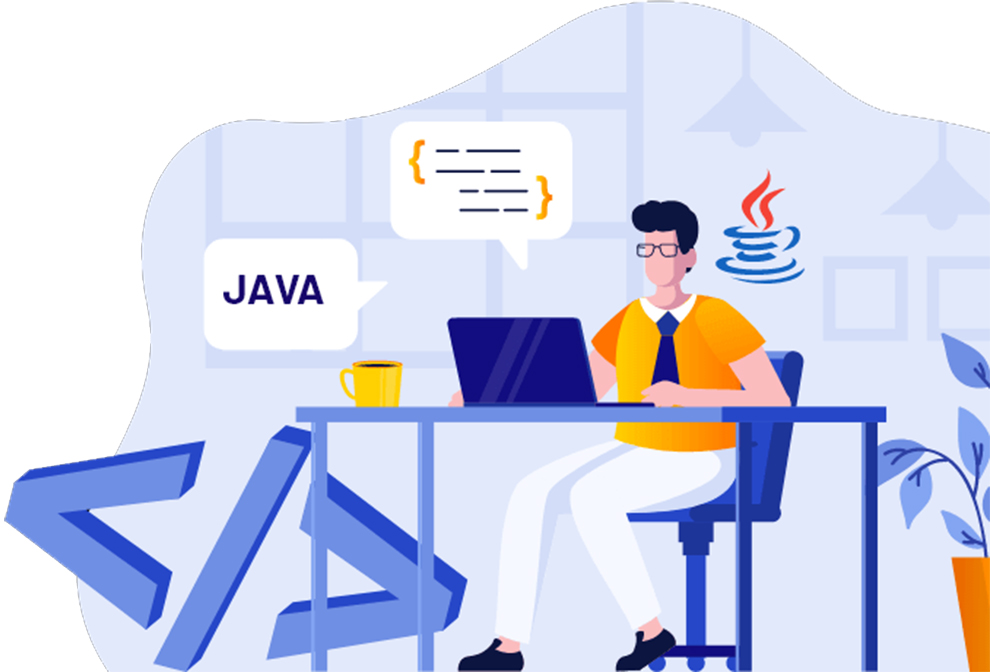 The Worldwide Population and Demographic Study say that the global population of developers has reached 24.5 million people, increasing 500,000 in the year 2020 itself. Java is not going to vanish anytime soon from the world of software technology. Therefore, the requirement for Java developers will continue to increase.

1. It is popular and high in demand: The dependency on the Java programming language is more than it is visible. It is used by more than seven billion devices in the world. Thus, developing applications based on it is extremely and consistently high in demand. Even being almost twenty years old, it tops the most popular programming languages list. As far as the information technology industry is considered, highly skilled Java developers are highly paid professionals.

2. It unlocks an entire world of opportunities: With the world shifting to the digital space, not just the information technology industry but every industry needs a Java professional. The programming language is a key to unlocking countless opportunities. Many enterprises depend on it to solve customer problems, improve customer experience, and compete with their allies, which makes it very much relevant in the real world.

3. It is a fair pay field: Based on the skills and experience, the pay range of a Java developer varies. The average salary for an entry-level developer in India ranges from 275000 per annum to 400000 per annum. Whereas for an experienced candidate, the average is 1370000 per annum. Cities that are called technology hubs such as Delhi, Mumbai, Bengaluru, Hyderabad, Pune, Chennai, etc., pay the developers well.

4. It is the favorite of entrepreneurs: With the wave of entrepreneurship in India, every startup wants to make it big in the business world. Creating new and exciting software applications in a given budget and time is an important task. Java developers are required to take it to the next level and can choose roles based on their interests and skill set.

5. Get support from the community: Get connected to Java’s strong and ever-growing community. To make mistakes, share and support it makes it easier for beginners or even advanced level coders to keep brushing their skills. Forums like Stack Overflow provide free advice and guidance to programmers.

The job of a Java developer/ software developer requires strong critical thinking, problem-solving and analytical skills. They need to be:

How to get started

With the rapid advancement of technology in the present day and age, there are new languages discovered and made available for competing with Java. What sets it apart is its ability to adapt to the constant updating demands and patterns of the digital world. As a result, Java developers can specialize in multiple software development arenas and learn other languages easily. Because of its special features, Java will continue to be foundational for the coming decades of a digital revolution.

Meravath Raju is a Digital Marketer, and a passionate writer, who is working with MindMajix, a top global online training provider. He also holds in-depth knowledge of IT and demanding technologies such as Business Intelligence, Salesforce, Cybersecurity, Software Testing, QA, Data analytics, Project Management and ERP tools, etc.
Disclaimer: When you buy through some links on our site, we may earn a commission. However this commission will not cost you anything extra.