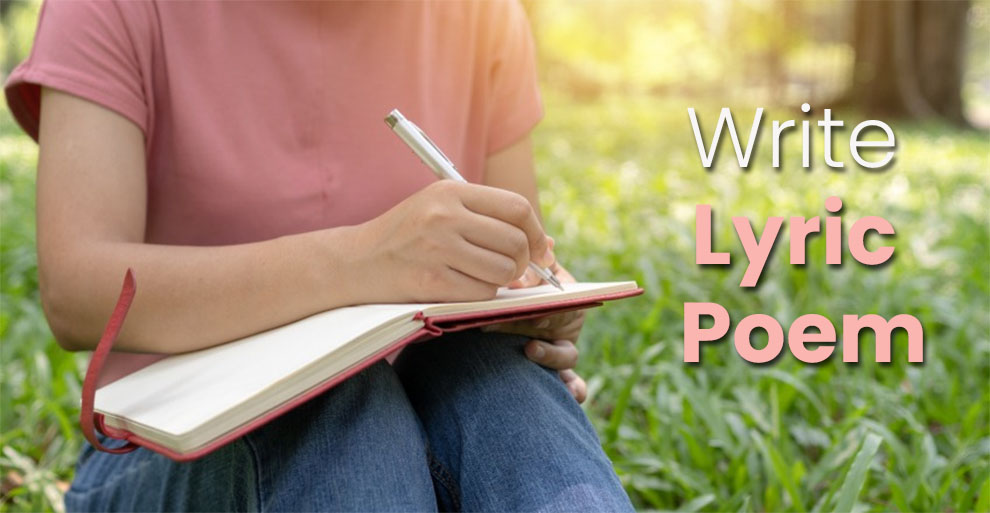 We all have a poet inside us but most of us have no idea how to give a form to our thoughts and feelings. If you are curious to explore the poet in you but don’t know where to start, we can help you out.

Lyric poetry, which deals with themes of personal feelings and emotions, is a great option for you. But before you get down to writing, there are a few things you need to be aware of. Here’s all you need to know about how do you write a lyric poem.

What Is Lyric Poem Writing?

To put it simply, a lyric poem can be defined as a short poem, marked by songlike qualities, which focuses on the personal emotions of the speaker.

Historically, a lyric poem was intended to be sung along with musical instruments. In today’s time, it has come to represent non-narrative poetry like odes, sonnets, and elegies.

To understand what Lyric poetry is and how to make a lyric poem better, you need to learn more about its history and origins.

Lyric poetry has its root in Ancient Greece where it originated as a song, usually accompanied by the lyre. In fact, it derives its name from the lyre. But the lyric was at times sung with other instruments or recited without one.

Lyric poetry was divided into two categories-choral lyric and monody. While choral lyric was performed by a chorus generally in public at religious ceremonies, monody was a solo that was usually limited to private gatherings.

Unlike other forms of poetry that were popular at that time (dramas written in verse, epic poems, etc), the lyric was notably shorter and focused on personal themes and the state of mind of the poet.

Characteristics of A Lyric Poem

Before you learn how to write a lyric poem, you need to understand its features. A poem is considered to be a lyric poem if it possesses the following qualities:

Meter is the rhythmic structure of a line in a poem and consists of a number of syllables and the pattern of stress in them. Here are a few common meters used in lyric poetry.

How To Write a Lyric Poem?

Whether you have been trying your hand at poetry for some time or you are absolutely new to the whole thing, this form of poetry can be your jam! To make it easier for you, we have simplified the process of how to make a lyric poem into a few easy steps.

Step 1: Do the research work

The first and most important foundational step is research. Before you get down to penning your thoughts on a paper in form of a lyric poem, you require a little preparation:

Step 2: Moving on to prep-work

The next step in how to write a lyric poem step by step is prep work. Now that you have got the research part covered, it’s time to move a step closer to writing your lyric poem.

Tips To Help You Write A Lyric Poem

Now that you know how to write a lyric poem step by step, here are a few additional tips and tricks that you need to keep in mind:

How Do You Write A Lyric Poem of Different Types?

So now you know how to make a lyric poem. But do you know which type of lyric poem you want to write? In order to decide that, you need to know about a few common forms of lyric poetry:

Example: Here are the first 3 parts of Ode To The West Wind by Percy Bysshe Shelley

O wild West Wind, thou breath of Autumn’s being,
Thou, from whose unseen presence the leaves dead
Are driven, like ghosts from an enchanter fleeing,

Yellow, and black, and pale, and hectic red,
Pestilence-stricken multitudes: O thou,
Who chariotest to their dark wintry bed

The winged seeds, where they lie cold and low,
Each like a corpse within its grave, until
Thine azure sister of the Spring shall blow

Her clarion o’er the dreaming earth, and fill
(Driving sweet buds like flocks to feed in air)
With living hues and odours plain and hill:

Thou on whose stream, mid the steep sky’s commotion,
Loose clouds like earth’s decaying leaves are shed,
Shook from the tangled boughs of Heaven and Ocean,

Angels of rain and lightning: there are spread
On the blue surface of thine aëry surge,
Like the bright hair uplifted from the head

Of some fierce Maenad, even from the dim verge
Of the horizon to the zenith’s height,
The locks of the approaching storm. Thou dirge

Of the dying year, to which this closing night
Will be the dome of a vast sepulchre,
Vaulted with all thy congregated might

Of vapours, from whose solid atmosphere
Black rain, and fire, and hail will burst: oh hear!

Thou who didst waken from his summer dreams
The blue Mediterranean, where he lay,
Lull’d by the coil of his crystalline streams,

Beside a pumice isle in Baiae’s bay,
And saw in sleep old palaces and towers
Quivering within the wave’s intenser day,

All overgrown with azure moss and flowers
So sweet, the sense faints picturing them! Thou
For whose path the Atlantic’s level powers

Cleave themselves into chasms, while far below
The sea-blooms and the oozy woods which wear
The sapless foliage of the ocean, know

Thy voice, and suddenly grow gray with fear,
And tremble and despoil themselves: oh hear!

Example: Here are a few lines from The Ballad of Reading Gaol by Oscar Wilde

And all men kill the thing they love,
By all let this be heard,
Some do it with a bitter look,
Some with a flattering word,
The coward does it with a kiss,
The brave man with a sword!

You miss out on a lot if you do not know how to write a lyric poem that’s a sonnet.

Example: That Time Of Year Thou Mayest In Me Behold by William Shakespeare

That time of year thou mayst in me behold
When yellow leaves, or none, or few, do hang
Upon those boughs which shake against the cold,
Bare ruin’d choirs, where late the sweet birds sang.
In me thou see’st the twilight of such day
As after sunset fadeth in the west,
Which by and by black night doth take away,
Death’s second self, that seals up all in rest.
In me thou see’st the glowing of such fire
That on the ashes of his youth doth lie,
As the death-bed whereon it must expire,
Consum’d with that which it was nourish’d by.
This thou perceiv’st, which makes thy love more strong,
To love that well which thou must leave ere long.

Example: In Memory Of WB Yeats by W H Auden

He disappeared in the dead of winter:
The brooks were frozen, the airports almost deserted,
And snow disfigured the public statues;
The mercury sank in the mouth of the dying day.
What instruments we have agree
The day of his death was a dark cold day.
Far from his illness
The wolves ran on through the evergreen forests,
The peasant river was untempted by the fashionable quays;
By mourning tongues
The death of the poet was kept from his poems.
But for him it was his last afternoon as himself,
An afternoon of nurses and rumours;
The provinces of his body revolted,
The squares of his mind were empty,
Silence invaded the suburbs,
The current of his feeling failed; he became his admirers.
Now he is scattered among a hundred cities
And wholly given over to unfamiliar affections,
To find his happiness in another kind of wood
And be punished under a foreign code of conscience.
The words of a dead man
Are modified in the guts of the living.
But in the importance and noise of to-morrow
When the brokers are roaring like beasts on the floor of the bourse,
And the poor have the sufferings to which they are fairly accustomed
And each in the cell of himself is almost convinced of his freedom
A few thousand will think of this day
As one thinks of a day when one did something slightly unusual.
What instruments we have agree
The day of his death was a dark cold day.

You were silly like us; your gift survived it all:
The parish of rich women, physical decay,
Yourself. Mad Ireland hurt you into poetry.
Now Ireland has her madness and her weather still,
For poetry makes nothing happen: it survives
In the valley of its making where executives
Would never want to tamper, flows on south
From ranches of isolation and the busy griefs,
Raw towns that we believe and die in; it survives,
A way of happening, a mouth.

Earth, receive an honoured guest:
William Yeats is laid to rest.
Let the Irish vessel lie
Emptied of its poetry.
In the nightmare of the dark
All the dogs of Europe bark,
And the living nations wait,
Each sequestered in its hate;
Intellectual disgrace
Stares from every human face,
And the seas of pity lie
Locked and frozen in each eye.
Follow, poet, follow right
To the bottom of the night,
With your unconstraining voice
Still persuade us to rejoice;
With the farming of a verse
Make a vineyard of the curse,
Sing of human unsuccess
In a rapture of distress;
In the deserts of the heart
Let the healing fountain start,
In the prison of his days
Teach the free man how to praise.

Lyric poetry is one of the most rewarding ways to give shape and form to your emotions.

To create a beautiful piece and learn how to write a lyric poem, it is vital to know the form well, select a genre you connect with and stay true to your emotions.

The most important part of how do you write a lyric poem is persistence. It may take a while but with practice and determination, you can master this art and become a lyric poet! All the best. 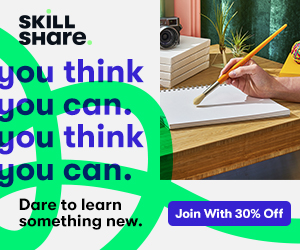 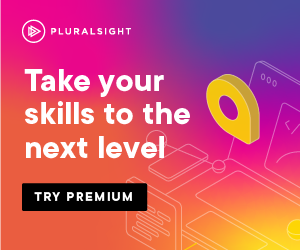 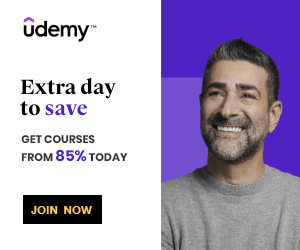